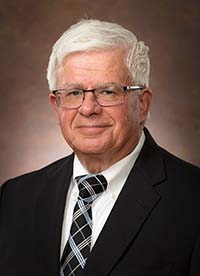 In May of 2021, Ray celebrated 51 years in public accounting. He has extensive experience in audit, tax and various financial services over his career. His work experiences include having worked for a national “Big Four” accounting firm for 5 years and 45 years with his own firm. He has served on several audit committees including chairman for both publicly traded and non -public companies. In January of 2020 Ray joined our team at MMNT having merged his firm with ours.

Ray is a graduate of the University of Dayton, Dayton, Ohio and has been a CPA for 48 years. Born and raised in New Jersey, he and his family have been Connecticut residents since 1970.

He is a member of both the American Institute of CPAs (AICPA) and the Connecticut Society of CPAs (CTCPA). Ray has served in numerous capacities as chairman, officer, director and trustee for public companies as well as companies and organizations in our surrounding local communities.

This blog could become outdated due to tax law updates.